Anna was appointed as Principal at Parkwood Hall in September 2019, having previously held the position of Head of Beckmead College and Deputy Executive Head for the Beckmead Family of Schools in Croydon (Specialist schools for children and young people with Autism, SEMH and learning needs).

Since qualifying as a teacher, Anna has taught in a number of schools in the UK and overseas, both specialist and mainstream. She has also held Senior Local Authority (LA) roles in Sutton and Croydon, with responsibility for Inclusion and Behaviour and the education of children out of school (EOTAS).

Soon after qualifying as a teacher Anna worked as a teacher and teacher trainer in Sierra Leone in West Africa. On her return to the UK she worked for two years in the Learning Support Department of a school in the East End of London and a further three years as a community worker with Contact A Family supporting families with children with disabilities in Wandsworth. With the arrival of her daughter in 1992 Anna decided to return to education as Head of Special Needs in a Merton secondary school. Following six years in this role she then worked with mainstream and special schools in Sutton as an Adviser for SEN and Inclusion before working as Sutton’s Head of Behaviour and leading the secondary Pupil Referral Unit from special measures to a Good Ofsted rating. After seven years in Sutton she then returned to mainstream education as a senior leader leading on SEN, Behaviour and pastoral care as well as assessment and learning at Ernest Bevin and Burntwood schools in Tooting, Wandsworth. During her time at Ernest Bevin College Ofsted graded Learning Support and SEN provision as Outstanding. Anna then took up the challenge of a local authority role as the Head of Inclusion and Access in Croydon and four years later started her job at the Beckmead Family of Schools.

Anna holds a BA Hons (2:1) in Modern History from the University of York and a PGCE from Manchester Polytechnic. She holds a Master’s degree (with distinction) in Psychology and Education for Special Needs from the London University Institute of Education, as well as the National Professional Qualification for Headship.

Andy was appointed as Deputy Principal at Parkwood Hall in September 2019, having been Deputy Headteacher at an East London secondary school. Mr Smith has taught in a range of comprehensive schools. He has been a senior leader since 2007. At Parkwood Hall, he is responsible for Safeguarding and Pastoral Care.

A Drama specialist, Mr Smith started teaching at Rowling Valley High School in Essex. He progressed through his career as Head of Year, PSHE coordinator and inclusion manager. His first senior leader post was in inclusion and behaviour. Additionally, he has had twenty years’ experience working for and as Chair of Trustees (until 2017) for Zinc Arts, a residential arts charity that works with young people with disabilities or who have experienced social exclusion. In his range of leadership positions, Mr Smith’s focus has always been and still is, on building inclusive, supportive environments in which all young people are treated with kindness and equity, and all are celebrated.

Mr Smith holds a BA Hons in Performing Arts from De Montfort University and did his PGCE, qualifying as a teacher with Essex University. 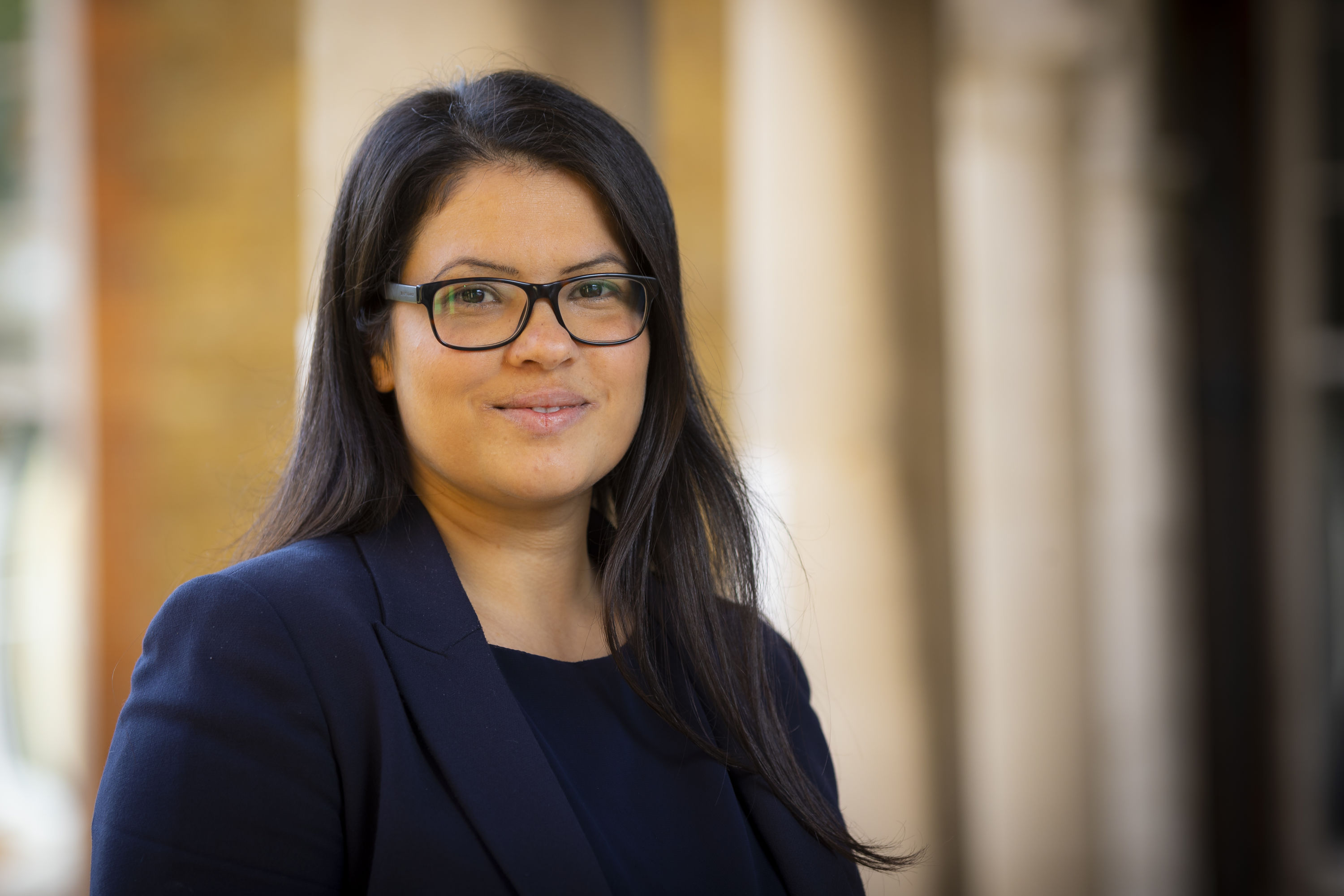 Jas was appointed as Deputy Principal in 2019. She started at Parkwood Hall in 2015 and was a highly effective senior leader of Learning Pathway One at Parkwood Hall. Her current main responsibilities include Teaching and Learning and Curriculum. Mrs Kaur began her career as a Teaching Assistant in Nottingham, before qualifying as a teacher.

Mrs Kaur is a specialist autism practitioner. She is an accredited National Autistic Society member, which involves reviewing schools nationally in achieving the NAS accreditation, and she has a Masters in Autism. Mrs Kaur trained as a Nursery Nurse at Wolverhampton City College and then completed a Level 3 NVQ in caring for children and young people.

Mrs Kaur then completed her FdA (Foundation in Arts) for Teaching Assistants which was awarded by The University of Derby. Her teaching career began at a college in Nottingham, teaching Level 3 Diplomas in Special Educational Needs. She moved to Nash College in Bromley (a special needs sixth form provider) as a lecturer. She moved from there to Parkwood Hall. Mrs Kaur’s key interest is in teaching and learning in a special needs setting, and enabling students to achieve excellent outcomes through effective special needs practice. Her particular focus is in improving the quality of teaching and learning in the school.

Jenna was appointed as Assistant Principal in 2019, having previously been Mathematics Lead and overseeing student wellbeing at a specialist school in Lewisham. Her main responsibilities at Parkwood Hall include Mathematics Lead and teaching and learning lead for Learning Pathway One.

Miss Freeman is a Mathematics specialist. She has spent her teaching career in a mixture of mainstream and special schools. She began her career as a Mathematics teacher in North-West Kent, before becoming Head of Year and Key Stage Four coordinator for Mathematics. From here, she moved into specialist provision at a school for children with severe learning difficulties before joining Parkwood Hall. She has also spent considerable time developing staff, having been a Subject Mentor for NQTs, Teach First and PGCE students. She is a GCSE Mathematics Examiner for the Higher tier papers.

Miss Freeman holds a BA Hons (2:1) from the University of Kent in Criminology and Sociology, and a PGCE from Canterbury Christ Church. She has also undertaken her NPQSL with The Institute of Education, London University (UCL). 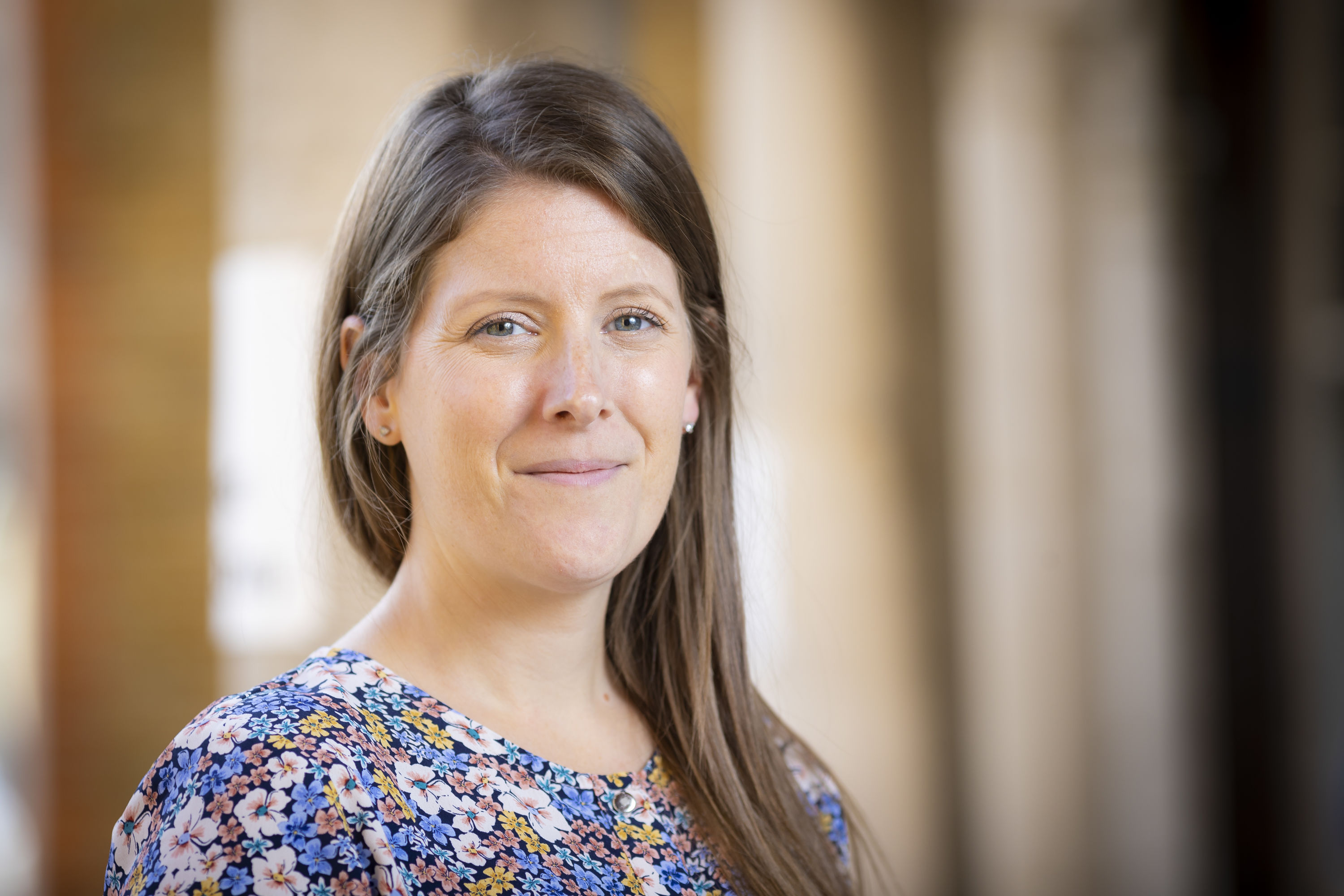 Laura was appointed as Assistant Principal in September 2019. She has worked at Parkwood Hall Co-operative Academy since September 2004, starting her career working on the residential education team after completing a degree in Psychology (BSc Hons) at Greenwich University.

In September 2010, Laura began working as a Teaching Assistant whilst completing a Master’s in Education (MEd) at the University of Birmingham. This had a specific focus on Inclusion and Special Educational Needs and subsequently led her to a career in the Speech and Language therapy team. During this time, she went on to gain her QTS and became a committed teacher at Parkwood Hall.  At Parkwood Hall, Laura leads on literacy alongside her role as Assistant Principal for Learning Pathway Two.

Miss Parker has 15 years of SEN experience and has completed the 5-day TEACCH course
and 3-day Beyond the Basics TEACCH course; these form an Autism approach she is truly passionate about.

Miss Parker has a Psychology Degree from Greenwich University and gained her qualified teacher status (QTS) from Kent and Medway SCITT. She has gained a middle leadership qualification (NPQML) and is looking forward to furthering her experience in her new role and having an impact on the development of Parkwood Hall.

Narinder Burra was appointed as Assistant Principal in May 2022. She has worked at Parkwood Hall Co-operative Academy since September 2021, but has had over 20 years of experience working in a mainstream and a specialist provision.

During her spare times Ms Burra being active and is a member of a local gym and enjoys walking.

Having recently been appointed Ms Burra is looking forward to furthering her experience in her new role and becoming an integral part in the development of students with vulnerabilities and special educational needs.

Elisa’s experience in education settings is broad and varied to include mainstream and special needs schools, nurseries, and colleges for over two decades as either an Occupational Therapist or as a teacher. Prior to becoming an Occupational Therapist, Elisa graduated with PGCE in Lifelong Learning from Canterbury Christ Church University and worked as a qualified Spanish teacher for about 15 years. Elisa is originally from Argentina, where she qualified as a teacher of the Deaf and language therapist.

Elisa has been a member of the Governing Body at Parkwood where she had the opportunity to broaden her knowledge around school management and strategic planning to make a positive impact on the curriculum, students and their families.

Elisa considers herself a lifelong learner and keeps her professional skills up to date to enable her team to deliver evidence-based interventions. She is trained in both SCERTS as well as Zones of Regulation. She is an active member of the Royal College of Occupational Therapist and takes part in specialist interest groups.

Elisa enjoys being active and fitness plays an important part of her life after work as its benefits are well researched. This enables her to personally realise the importance of physical activity in health and wellbeing and she brings this insight with her to support others to overcome the challenges they are presented with.

Elisa believes that all students have the right to access a meaningful curriculum in which the therapy input is fully integrated so that they have plenty of opportunities to participate in activities they want or need to do. Elisa is a pro-neurodiversity professional who is keen in empowering staff, student and families so that students and their families can advocate for themselves and live a fulfilling live. Elisa prioritises collaboration and pro-affirming approaches and language that enables the individual’s autonomy in a fully inclusive environment. 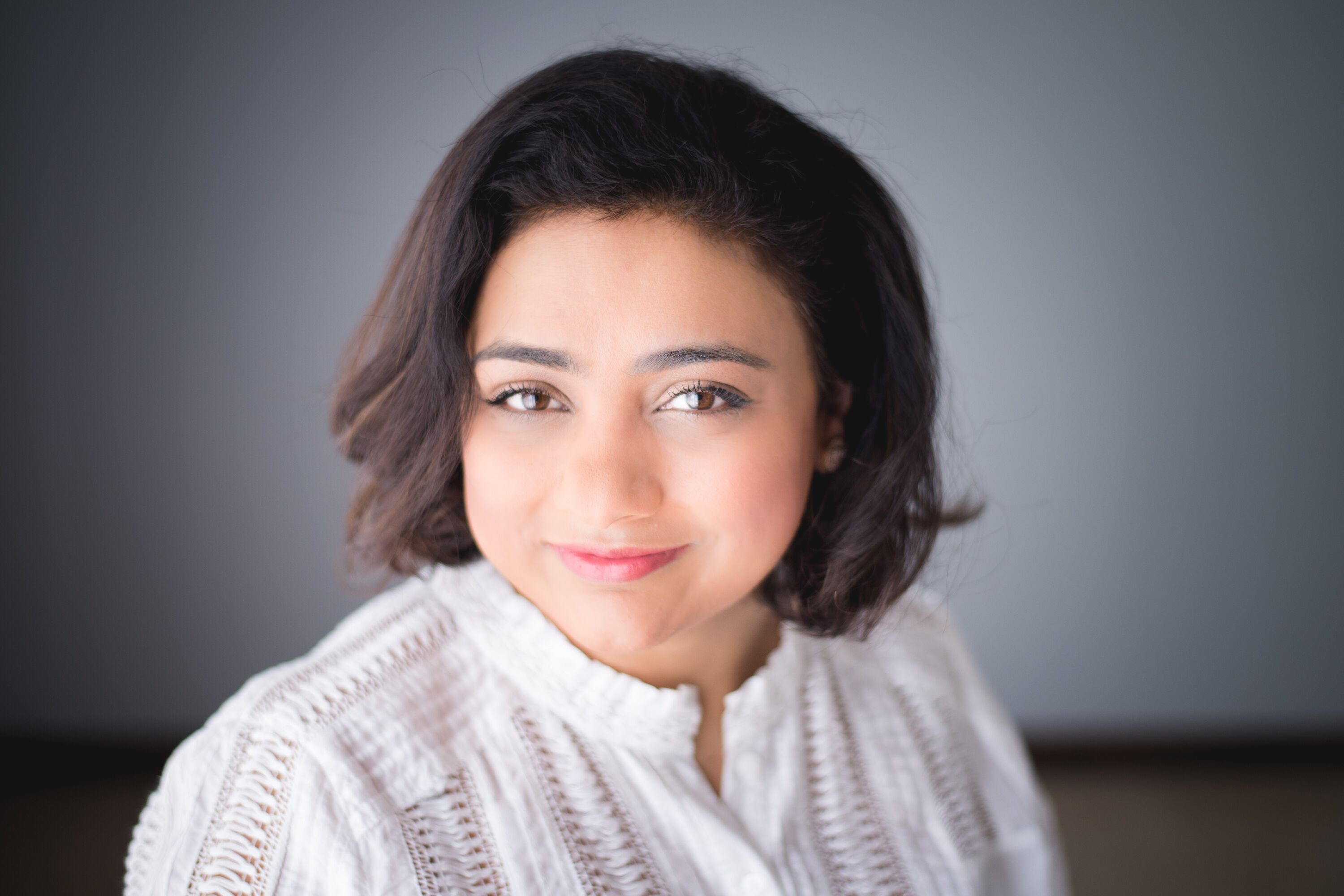 Mahreen was appointed as the Director of Resources in December 2021 as part of the re-structure of the business team. She is responsible for the business function of the school including financial, human resource including recruitment, estate and information technology management.

Mahreen is a fellow chartered management accountant, holds an honours degree in Accountancy from Nottingham Trent University and is a qualified transformational life coach. She initially started her career as a financial analyst with Hewlett Packard in 2000 on the graduated finance scheme and then moved into the Education sector in 2005.

She has over 8 years of experience in working in schools across London, her previous role was working as Head of Finance & Business Services at Olive School in Hackney which is part of the STAR academies trust. She brings a vast range of skills and experience to Parkwood Hall and is supporting the school to ensure it is financially viable and is able to achieve its strategic plans for the next 5 years.

Her career in residential social care began in 1996 when she started employment at Furness school. This was a local authority school for boys aged 12 to 16yrs with a diagnosis of E.B.D and associated behavioural/emotional problems. Many of the students had arrived at Furness having been out of education for several years. Many of the students came from disadvantaged, deprived backgrounds, and needed a consistent approach with very clearly defined boundaries for them to begin to fit into school/community living.

She joined Parkwood Hall in April 2002. Students had a statement of educational needs and associated learning disabilities and syndromes and at the time 80% of students were residential Monday - Friday. She worked as a full-time teacher assistant, and I also worked two evenings a week on one of the residential units giving 1-1 support to a young man with complex needs. In September 2003  she was successful  to work full time in residence as a support worker. In July of 2004 she was promoted to deputy manager.In 2015 Parkwood converted to Acadamy status becoming Parkwood Hall co-operative academy and she then became the residential manager.

Over the last 10 years she has spent time studying and has gained: